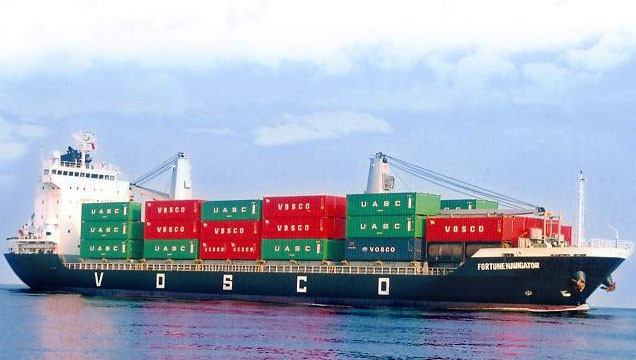 World seaborne trade – a measure of demand for shipping, port and logistics services – climbed by 4 per cent in 2011, reaching a record high of 8.7 billion tons, UNCTAD’s Review of Maritime Transport 2012 reveals.

But over the same year, world ship supply capacity expanded much faster, at a rate of 10 per cent, reaching for the first time a total of 1.5 billion deadweight tons, the report says. This supply and demand mismatch is bad news for the industry and for market profitability, especially in view of the continued growth in ship supply capacity, and the current fragile and uncertain economic outlook which threatens prospects for a robust growth in demand.

The report notes that in tandem with world seaborne trade, global port throughput expanded in 2011, at a rate of 5.9 per cent. A total of 60 per cent of world seaborne trade by volume was loaded, and 57 per cent unloaded, in developing-country ports. That is a remarkable shift away from previous patterns, in which developing economies served mainly as loading areas for raw materials and natural resources.

The Review of Maritime Transport warns that supply and demand imbalances are squeezing freight markets and tightening the finances of many shipping companies, given that such a situation tends to lower freight rates, compress earnings, and erode profit gains. Still, the net impact of lower rates on trade, especially for developing countries that have disproportionately higher transport costs, could, to some extent, be positive, the UNCTAD report says. The average cost of shipping a 20-foot equivalent unit (TEU) container from Shanghai to Northern Europe fell from $1,789 in 2010 to $881 in 2011. The average rate for shipping a 40-foot equivalent unit (FEU) container from Shanghai to the West Coast of the United States declined over the same period from $2,308 to $1,667.

From 2011 to 2012, the share of country pairs served by direct liner shipping connections remained steady at about 18 per cent. Over the same period, the average number of liner companies providing services to and from each country’s ports worldwide declined by 4.5 per cent, the report says. Meanwhile, the average size of the largest container ships increased by 11.5 per cent. Between 2004 and 2011, the average number of liner companies dropped by nearly 23 per cent, while the size of the largest ship deployed nearly doubled. A trend featuring increasing containership sizes and carrying capacities and declining competition within the industry has now continued for several years, the report says.

The underlying international legal and regulatory framework supporting transport and trade is also evolving. The Review of Maritime Transport reports on important developments relating to limitation of liability for maritime claims, trade facilitation, maritime and supply-chain security, maritime safety, and environmental issues. Among the noteworthy regulatory developments is a set of technical and operational measures to increase energy efficiency and reduce greenhouse gas (GHG) emissions from international shipping, which was adopted under the auspices of the International Maritime Organization in July 2011. These measures are expected to enter into force on 1 January 2013.